Haoro Hond - He reo anō te toi, he toi anō te reo │ Our artform is another language, our language is another artform.

The Emergence Award for Young Taranaki Artists 2022 is generously supported by the Taranaki Foundation, through the Taranaki Hauora Fund. The fund was established in 2018 in memory of Leon Squire, son of Kelvin and Carolyn Squire. Creativity is at the heart of the fund, with flexibility to support the hauora (well-being) of rangatahi (young people). Haoro is inspired by the generosity of the Squire family, the memory of Leon and believes in the fund’s ongoing purpose to encourage young creatives in our community. As a result, this work called ‘Tōku reo Tōku ohooho’ was born. His work is located in Gallery TWO.

Haoro Hond explains the meaning behind the title of his artwork:

“The title ‘Tōku reo Tōku ohooho’ refers to Leon. In Te Reo Māori there are no ‘L’s’ in our alphabet, so by converting the ‘L’ to an ‘R’, it ultimately changes his name to ‘Reo’. Leon reawakens me through this piece, its’ his reawakening within me. That’s the belief of finding self-empowerment to create art. Tōku reo Tōku ohooho.”

His work sits alongside his peers from Ngāruahinerangi iwi. Haoro Hond led a series of five workshops (Wānanga Toi) with them. The objective was our pahake (adult) sharing our history with rangatahi (youth) and let them interpret these stories in their artworks. This collection of paintings reflects some of the significant history and events and looking to the future of Ngāruahine; Te Hīkoi ki te Waipounamu, Titokowaru, Ngā Parāoa and Tiro Whakamua. Haoro Hond invited Ngāruahine Toi Collective to display their pieces alongside his major work. According to the Artist, the final results of these workshops demonstrate ‘the importance of art and investing in our community to become artists. This collaboration from start to finish has resulted in a strong display of Toi Māori.

He reo anō te toi, he toi anō te reo │ Our artform is another language, our language is another artform.

This exhibition will be on during EMERGENCE 2022 (29 July - 21 August 2022). Catalogue on Percy Thomson Gallery website percythomsongallery.org.nz 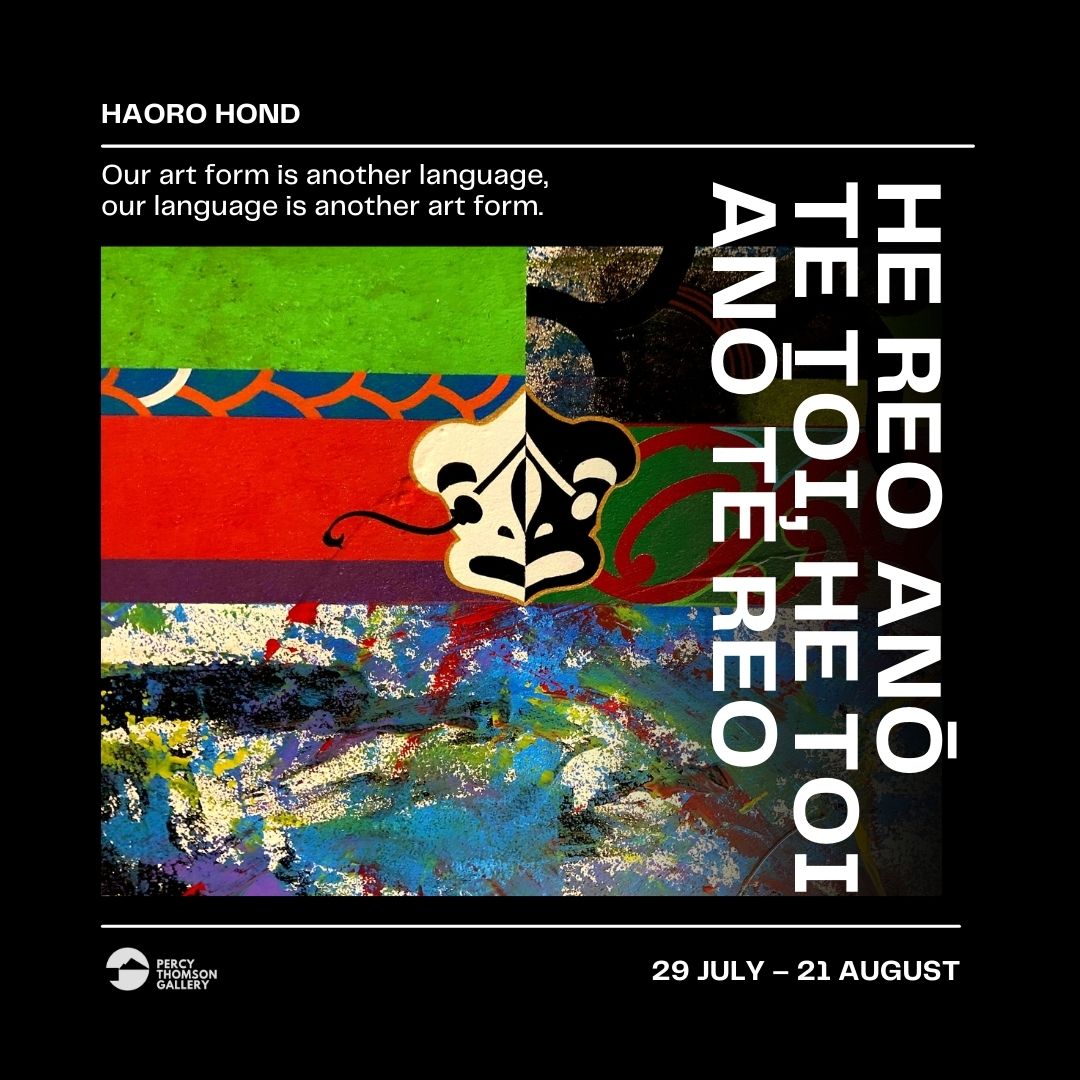