For the month of May 2021, Zimmerman Art Gallery presents "WET" - recent waterfall sculptures by bronze artist Paul Dibble, and selected paintings and sculptures by Fran Dibble.

"Water has always been the most magical of substances. Making lakes and seas it hosts new worlds submerged.

Billowing clouds can fill the skies; rain falls to nurture or cause floods of destruction. It can be the soft dew of morning, or in rivers moving in torrents to carve rocks into valleys.

In awe we stand near the magnificence of a waterfall, making humans suddenly very small.

So it becomes an obvious, if not the obvious, subject for art - lending as symbol for the landscape, for great power, from the ordinary."

“Waterfalls are a pertinent part of New Zealand art history. Ours is a mountainous country and falling water is a distinctive feature.

The Colin McCahon waterfalls are our icons, this pouring of water heavy with religious overtones, offering a blessing on the land.

In Dibble’s waterfall sculptures, as if a silent eulogy to water, the element is portrayed as completely stilled; a luxuriant oozing over the hillside rather than a dynamic splash.”

Born in 1943, Paul studied at Elam School of Fine Arts in Auckland, graduating with a BFA (Hons) in Sculpture.

Paul has produced a number of significant commissions, and received high acclaim for his significant work for the New Zealand Memorial in London’s Hyde Park Corner.

Paul was awarded a New Zealand Order of Merit in 2004, and holds an Honorary Doctorate in Visual Arts from Massey University. He became an Honorary Fellow of Palmerston North’s Universal College of Learning (UCOL) in 2012, and in 2019 was received into Manawatū’s Te Aho Tāmaka programme, celebrating local leaders.

Born in Connecticut (USA) in 1962, Fran immigrated to New Zealand with her family as a teenager.

Fran has long been fascinated by water, “something small and commonplace that has had such a grandiose effect in creating the landscape.” Recent works depict moody skies over seas, juxtaposed against scenes from nature and more abstract panels.

In 2007, Fran was awarded a Queen’s Service Medal for services to art. She became an Honorary Fellow of Palmerston North’s Universal College of Learning (UCOL) in 2012, and in 2019 was received into Manawatū’s Te Aho Tāmaka programme, celebrating local leaders.

Open Thursday to Sunday 11am to 3pm 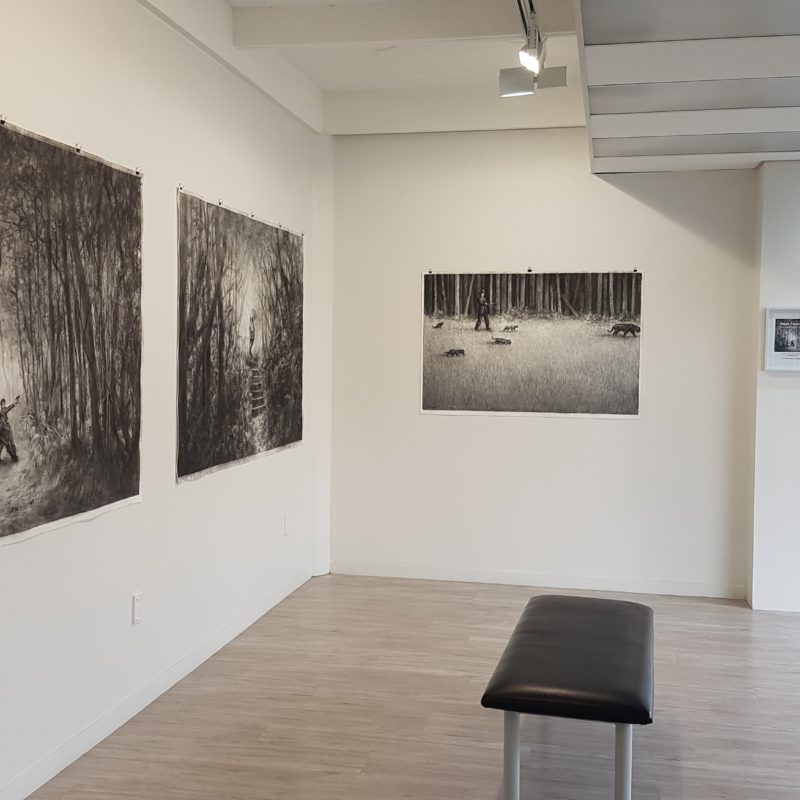